The Red Ochre Partners Programme is a true working partnership between Red Ochre Consulting and external companies to build capacity within the business. Many of the businesses involved are Indigenous businesses operating in remote areas. Through in-depth consultation, Red Ochre assesses and identifies existing capabilities and ensures that these businesses are achieving at full capacity. Together both groups work alongside each other as partners and plan to build and consolidate on current strengths to create shared value. The approach is flexible, and focuses on teamwork rather than the common consultant/client relationship.

We’d love to work with you. If you’re needing assistance please send us an email via the contact box on the right. 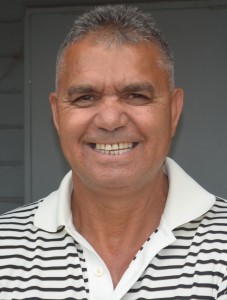 Red Ochre is pleased to announce that we’ve begun working with the exciting organisation Indigenous Workabout, the brainchild of Dean Wynne.  Dean is a well-respected Noongar man of the Great Southern region, admired and respected for his work as a leader and mentor. Dean’s expertise has been noted in his work in Western Australian schools helping and guiding Noongar students and community.

Dean’s company, Indigenous Workabout was founded in 2006 in Perth with the intention of mentoring young Indigenous People back into the workforce.  Dean is a strong believer in the healing effect of work. He believes that part of the reason for the success of Indigenous Workabout is that strong Noongar role-models are helping Noongar people.  He goes “darbakarn”, slowly with the new workers, allowing them to develop with his strong support and the results have been excellent. (see references below)

Indigenous Workabout partnered with the Satterley/McCusker Group, the Department of Housing and Challenger TAFE to establish a project mentoring young Aboriginal residents in the southern suburbs interested in becoming employees in the building industry.  The collaboration between these groups allowed for the provision of a training resource and empowered participants by providing valuable qualifications.

Since then Dean has taken Indigenous Workabout to a new level by registering as a fully accredited contracting company with the Western Australian Building Commission.  So far, they are the only fully registered 100% owned Aboriginal company to have achieved this status.

“Dean’s work is a good as any tradesman that I’ve ever worked with and I have no problems, at all, recommending the Indigenous Workabout crew.”

“When Dean’s company was contracted by the Satterly Property Group, the developers of Phoenix Rise, we were always very impressed by their work ethic. The work was always completed on time and on price. It was always a delight to know that the job was going to get done hassle free. I am very happy to recommend Dean and the other workers at Indigenous Workabout.”

“I have known Dean Wynn for the past 5 years in my capacity as a manager and organiser of education and training for young Indigenous people.

Dean is a highly principled and caring person, who has the capacity to bring out the best in other people.  He is an excellent role model for young people because his life experience has taught him many sides of humanity and of our society. I believe his special gift is as a leader and mentor.

Dean occupies an important role within his community.  While I was working as Program Manager of Aboriginal Programs at Challenger TAFE in 2010, I would usually seek out Dean’s advice when proposing a course for the Indigenous communities of the south western suburbs.  Invariably, Dean would consult with the community and then offer wise advice on the future prospects of a course.  He would also actively support the program within the community, often ensuring its success.

I would have no hesitation in employing Dean as a mentor, trainer or role model.” David Canning is the Director and the CEO of SMC Support Services. David is a Wongatha man whose traditional homeland borders the geographic regions of Coolgardie, Wiluna and the Western half of the Great Victoria Desert. David is the son of the late Wongutha Elder Sadie Miriam Canning, who was the first Aboriginal nurse in WA and received numerous awards including the MBE and the Silver Jubilee.

SMC is a 100% Aboriginal owned business. SMC Group began in 1997 and since then David has guided the development of SMC as one of the few Aboriginal businesses in Western Australia that has grown and diversified within this period. He has earned the respect of his people and the WA business community he has ably serviced.

Read our  news update on our first partner, David Canning at SMC on the Red Ochre Blog.